The first inhabitants of Suriname are the Amerindians. They were very devoted to nature and earned their food and living of the land, water and the bushes. Their way of providing for food was through fishing and haunting with a bow and a arrow.

They prepared their foods with lots of salt so it could be conserved for a longer time. They often used a lot of pepper in the food. Fish, wild meat, seafood,Cassava and other earth-fruits.

There food was often grilled,  cooked in a clay pot or roasted above a fire on a stick. Cassava bread was put to dry in the sun on the roofs of their cabins were made of wood.

There are 3 most popular foods of the Amerindians which are still integrated in the whole society of Suriname. These are; pepre watra, Kasiri and Cassava Bread. 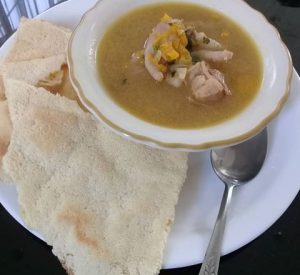 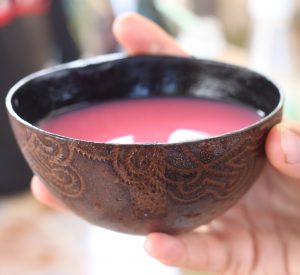