Languages: Dutch (official), Sranan (creole language spoken as lingua franca), English, Sarnami (a dialect of hindi), and Javanese. English is widely understood and spoken in hotels and shops, and used as a second language in commerce

Currency: Suriname Dollar. Euro and US dollar are also accepted

Credit cards: The major credit cards, such as Master Card and Visa, are accepted

Climate: Tropical with a high humidity. The average temperature is 28°C (80°). Suriname’s two dry seasons are February to April and mid August to November. Two rainy seasons: December to January and May to mid– August.

Time Zone: During daylight saving time, Suriname is one hour head of Eastern Standard Time (EST) in the USA and four  hours behind Greenwich Mean Time(GMT)

Health Requirements:  Currently, no health notifications are required for the entry of Suriname,    except for visitors who have  in cholera– or yellow infected areas 14 days prior to arrival or who have been transit for over more than 12 hours through an airport of yellow fever risk countries. However, health requirements can always change, so it is recommended to check the situation with your travel agent prior to departure. It is also highly recom- mended to consult your health care centre for an update on routine vac – cinations.

Electricity: 110/127 volts, 60 hertz, but some major hotels or apartments also offer 220 volts connection. Most power outlets are European style 2– pin outlets with side grounding; some times you will find American style outlets.

International: The international access code from Suriname to any destination is 00.

Telephone calls: The access code 00, followed by the country code 597 and the number. 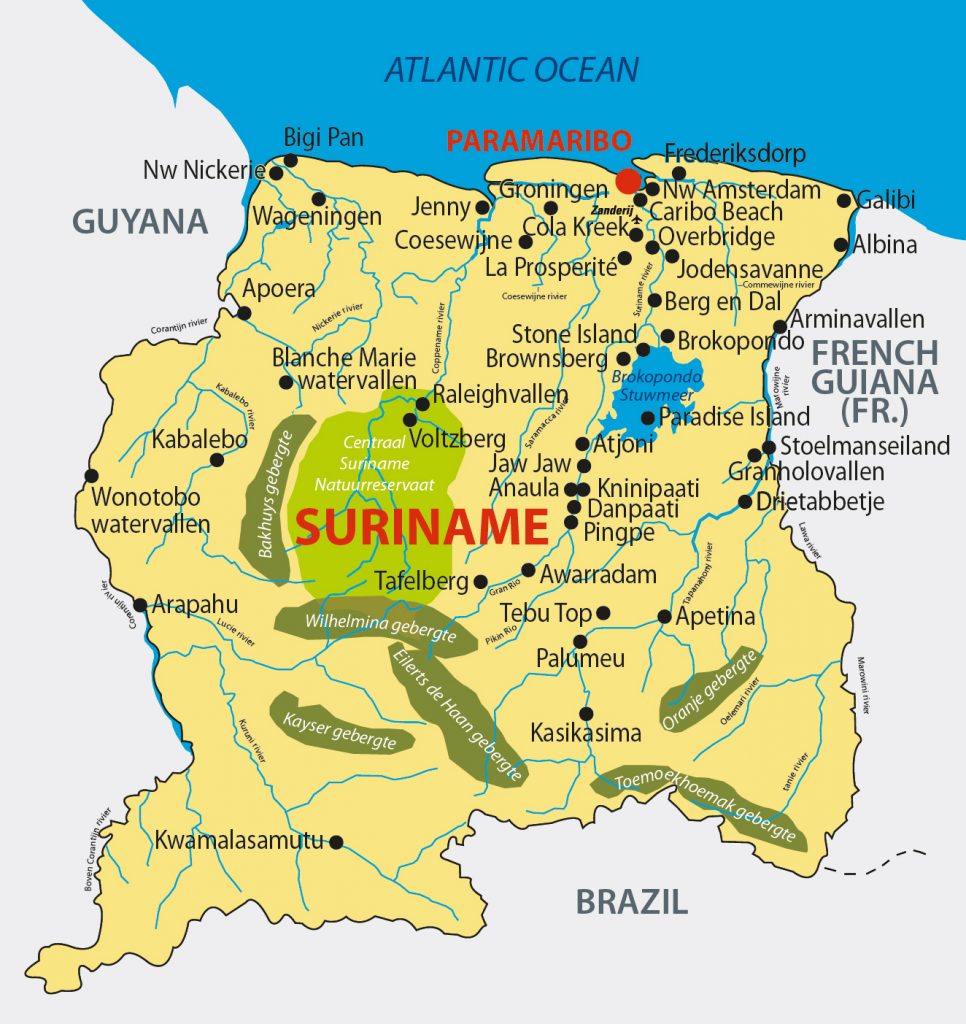